Also shows effectiveness in the treatment of other cancers, such as colon cancer and other diseases / health problems

(OMNS, October 29, 2008) Researchers at the University of Texas Anderson Cancer Center have found that taking more vitamin E substantially reduces lung cancer. Their new study shows that people consuming the highest amounts of vitamin E had the greatest benefit. When they compared persons taking the most vitamin E with those taking the least, there was a 61% reduction in lung cancer risk. (1)

Lung cancer is the most prevalent form of cancer on earth; over 1.3 million people are diagnosed with it each year. With medical treatment, survival rates are "consistently poor," says Cancer Research UK. Lung cancer kills nearly 1.2 million per year. It accounts for 12% of all cancers, but results in 18% of all cancer deaths. (2)

Was it on the news? Did you hear about how high doses of vitamin E help cancer patients' immune systems in only two weeks? Why not? Might the answer possibly have anything to do with money? One cannot watch television or read a magazine or newspaper without it being obvious that drug company cash is one of the media's very largest sources of revenue. Given where their advertising income comes from, it is hardly a big surprise that media reporting on vitamins is biased. Well-publicized vitamin scares feed the pharmaceutical industry. Successful reports of safe, inexpensive vitamin therapy do not.

The good news about how important high quantities of vitamin E are in combating cancer is not arising out of nowhere. A US National Library of Medicine MEDLINE search will bring up over 3,000 studies on the subject, some dating back to 1946. By the early 1950s, research clearly supported the use of vitamin E against cancer. (6) Before 1960, vitamin E was shown to reduce the side effects of radiation cancer treatment. (7) In reviewing vitamin E research, one notes that the high-dose studies got the best results.

Vitamin E is not the sure cure for cancer. It is not certain prevention, either. Stopping cigarette smoking is essential. But vitamin E is part of the solution, and we need more of it.

An independent panel of physicians and researchers (8) has recently called for increasing the daily recommended intake for vitamin E to 200 IU. The present US RDA/DRI is a mere 15-20 IU/day.

It is time to raise it. A lot.

Lack of Coverage by Media :

Anything that can reduce these dismal facts is important news . . .very important. Yet the mainstream media have virtually ignored vitamin E's important role as a cancer fighter.

A sixty-one percent reduction in lung cancer with vitamin E? How could the news media have missed this one?

The news media probably did not miss it: they simply did not report it. They are biased. You can see for yourself what bias there is. Try a "Google" search for any of the major newspapers or broadcast media, using the name of the news organization along with the phrase "vitamin E lung cancer." When you do, you will find that it will quickly bring up previous items alleging that vitamin E might (somehow) increase cancer risk. You will find little or nothing at all on how vitamin E prevents cancer. Indeed, the bias is so strong that even a qualified search for "increased vitamin E reduces lung cancer" will still, and preferentially, bring up media coverage alleging that vitamin E is harmful. Negative reporting sells newspapers and pulls in viewing audiences. The old editors' adage must still be true: "If it bleeds, it leads."

Why isn't that information made public?

One commentator has observed that pharmaceutical and other "corporations marshal huge public relations efforts on behalf of their agendas. In the United States the 170,000 public relations employees whose job it is to manipulate news, public opinion and public policy in the interests of their clients outnumber news reporters by 40,000." (4) Another commentator wrote that "Janine Jackson of Fairness and Accuracy in Reporting (FAIR), a news media watchdog group, told the American Free Press that 60 percent of journalists surveyed by FAIR admitted that advertisers 'try to change stories (and) there is an overwhelming influence of corporations and advertisers' on broadcast and print news reporting." (5)

Drug companies don't have any drug that can reduce lung cancer risk by 61%. If they did, you would have heard all about it in their advertisements. And it would be all over the news. Positive drug studies get the headlines. Positive vitamin studies rarely do. This is an enormous public health problem with enormous consequences. A cynic might say that press and television coverage of a vitamin study tends to be inversely proportionate to the study's clinical usefulness. Truly valuable research does not scare people; it helps people get well. It would be difficult to identify anything more helpful than actively reporting the story when a vitamin is shown to reduce lung cancer by 61%. 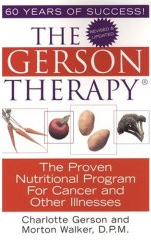 Many full-text nutrition and vitamin therapy research papers are posted for free access at http://orthomolecular.org/library/jom .

The peer-reviewed Orthomolecular Medicine News Service is a non-profit and non-commercial informational resource.

The above provides a general overview on this topic and may not apply to everyone. Any treatment protocol should be discussed with a qualified healthcare practitioner ... Please refer to: Medical & Legal Disclaimer.