With 151,500 cases and 57,000 deaths reported in 2003, colorectal cancer is the third most common cancer in the United States. About 75% of cases develop after age 45. In most cases, the cancer arises from a polyp, an abnormal mass of tissue that develops on the inside wall of the colon or rectum.

According to the National Cancer Institute symptoms might be:

These symptoms don’t necessarily indicate cancer. In fact, early cancer does not usually cause pain. It takes about 10 years for a polyp to develop into cancer. 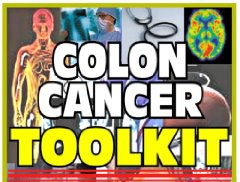 Current government recommendations for Vitamin D intake is 400 or 600 international units (IU) of vitamin D. However, researchers from the University of California, San Diego (UCSD) School of Medicine and Creighton University (CU) School of Medicine found that when higher doses of vitamin D were taken daily, the risks associated with developing several major diseases are reduced by about half. Cedric Garland, DrPH, professor of family and preventive medicine at the UCSD Moores Cancer Center, stated as follows: "We found that daily intakes of vitamin D by adults in the range of 4000-8000 IU are needed to maintain blood levels of vitamin D metabolites in the range needed to reduce by about half the risk of several diseases -- breast cancer, colon cancer, multiple sclerosis, and type 1 diabetes."

Cedric F. Garland, Dr.P.H., cancer prevention specialist at the Moores Cancer Center at the University of California, San Diego (UCSD) and colleagues estimate that 250,000 cases of colorectal cancer and 350,000 cases of breast cancer could be prevented worldwide by increasing intake of vitamin D, particularly in countries north of the equator.

Vitamin D can affect a colon cancer cell by adjusting everything from its gene expression to its cytoskeleton. Recent research shows that one pathway governs the vitamin's diverse effects, a result which helps to clarify the actions of a molecule that is undergoing clinical trials as a cancer therapy. Vitamin D stymies colon cancer cells in two ways -- it switches on certain genes, and it induces effects on the cytoskeleton. The net result is to curb cell division and cause colon cancer cells to differentiate into epithelial cells that settle down instead of spreading. The recent study is the first to show that vitamin D's genomic and nongenomic effects use one simultaneous pathway and integrate to regulate cell physiology.

A study in 2002 looked at patients with colon cancer "who received a daily dose of 750 mg of vitamin E during a period of 2 weeks. Short-term supplementation with high doses of dietary vitamin E leads to increased CD4:CD8 ratios and to enhanced capacity by their T cells to produce the T helper 1 cytokines interleukin 2 and IFN-gamma. In 10 of 12 patients, an increase of 10% or more (average, 22%) in the number of T cells producing interleukin 2 was seen after 2 weeks of vitamin E supplementation." The authors concluded that "dietary vitamin E may be used to improve the immune functions in patients with advanced cancer." That improvement was achieved in a mere two weeks merits special attention. (3) - Click here for source and for more information

Not eating enough fiber triples your prospects of polyps. In a Harvard study, men who ate the most fiber, more than 28 grams a day - had only one-third the rate of polyps of men who at the least fiber, or 17 grams a day. The protective dose is the amount of fiber in one cup of high-fiber All-Bran, Fiber One or 100% Bran cereals.

An study conducted by the Catholic University of Rome discovered that patients who ate fish oil exhibited a suppression of precancerous colonic cell growth in as little as two weeks. This is new evidence that fish oil interferes with the cancer process in an incredibly short time. In 90 percent of the fish oil group, cell proliferation dropped an average of 62 percent. Furthermore, the researchers detected the slowdown in cancer cell growth within only two weeks. The fish oil doses were fairly high - equal to eating eight ounces of mackerel a day. But Dr. Blackburn indicated that such "loading" on fish oil is necessary at first to correct a longtime deficit in the oil. After that, lower amounts may be sufficient to keep the cells from going haywire. Many authorities believe that regularly eating small amount of fish effectively prevents polyps and colon cancer. 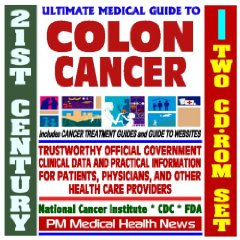 Research has demonstrated that both apple pectin and polyphenol-rich apple juice components actually enhance biological mechanisms that produce anticarcinogenic compounds during the fermentation process. The research, published in the April 2008 issue of Nutrition, notes, “apples are a major source of natural fiber and of low molecular weight plan polyphenols in the Western diet.” The researchers conclude, “Pectin-rich apple products can thus be expected to exert anticarginogenic effects in the colon.”

Using human fecal matter as the test substance, German researchers Dr. Dieter Schrenk, M.D. and his colleagues hypothesized that the compound butyrate could be increased in the presence of apple pectin and apple juice extracts. The research notes, “Butyrate not only serves as a major nutrient for the colon epithelia but is also thought to play an important role in the protective effect of natural fiber against colorectal cancer.” The laboratory tests performed by Schrenk found that by the increased production of butyrate via the addition of apple components, histone deacetlyases (HDAC) were inhibited. With slowed production of HDAC, there would be significantly less growth of precancerous and tumor cells.

Cruciferous vegetables, such as cabbage, are said to be your best bet to prevent colon cancer. In a study lead by Dr. Greenwald, eight out of nine "case-control" studies declared crucifers, including cabbage, broccoli, Brussels sprouts and cauliflower, to be the best bet to prevent colon cancer. A large study at the University of Utah School of Medicine showed that men who ate the most cruciferous vegetables had a 70 percent lower risk of colon cancer than those who at the least of such vegetables.

Dr. Cedric Garland, director of the cancer center at the University of California at San Diego, noted that men who drank a couple of glasses of milk daily over a twenty-year period were only one-third as prone to developing colon cancer as nonmilk drinkers. Dr. Garland estimates t hat 1,200 to 1,400 milligrams of calcium per day might prevent as much as 65 to 75 percent of colon cancers.

According to Dr. Cedric Garland, vitamin D blood levels can predict colon cancer risk. He examined 25,620 blood samples collected in Maryland in 1974 for vitamin D content. Then he compared colon cancer rates over the next eight years. He concluded that those with high blood levels of vitamin D were 70 percent less likely to develop colon cancer.

Physical activity may reduce the risk of colon cancer. A sedentary lifestyle accounts for as many as 14 percent of all colon cancer cases in the United States. According to study co-author Elliott Coups, of the Division of Population Science at the Fox Chase Cancer Center in Cheltenham, Pa, individuals who get a lot of exercise have a 30 percent to 40 percent lower risk of developing colon cancer. But their analysis of survey data from 1,932 adults who answered questions about colon cancer risk found that only 15 percent said they used physical activity as a way of reducing their colon cancer risk. The findings were published in the August issue of Patient Education and Counseling. Sedentarypeople can greatly benefit from starting a modest exercise program, such as gardening or walking two to three hours a week, according to Dr. Edward Giovannucci, a professor at the Harvard School of Public Health. "Sedentary people should first set such moderate, achievable goals. More benefits could accrue from higher levels and more intense exercise, such as jogging, running or tennis. To some extent, more may be better, but it is important to note that a little is much better than nothing," Giovannucci stated.

Many cruciferous vegetables also contain a compound called indole-3-carbinol. This compound is said to reduce the risk of hormone dependent cancers such as prostate, breast and ovarian cancer.

Ppowerful antioxidants shown to function as anti-inflammatory and anti-cancer agents.


Wakame is high in iodine, which may be more effective at killing cancer cells than many common chemotherapy drugs.

Spirulina has strong anti-cancer properties. Tests have discovered that Spirulina supercharges the immune system for better disease resistance and increased fertility. Studies also indicated that it increases metabolic rate, promotes the beneficial types of digestive tract flora, has strong anti-cancer and anti-viral properties, reduces serum cholesterol, protects against kidney damage and has radio protective effects. The National Cancer Institute has announced that sulfolipids in spirulina are remarkably active against HIV. You can buy it in pill form or as a powder.

A daily supplement of 200 microgram of selenium, has been shown in a large placebo-controlled, double-blind clinical study -- the most prestigious type of scientific study of nutrients and drugs -- to cut the death rate from cancer in half.

Specifically, a large group of people who were given each day a yeast tablet enriched with 200 micrograms (mcg) of selenium had only half the number of deaths from cancer over a seven year period as a similarly large control group who were given a daily yeast tablet containing no selenium.

Yeast tablets enriched with 200 mcg of selenium are readily available at pharmacies as well as health stores across the U.S. for about $5 or so for a bottle of 50 to 100 tablets -- only 10 cents or less per day.

The results of this dramatic study were published in the medical profession's own journal: The Journal of the American Medical Association. Nevertheless, most doctors pay no attention to the results. Selenium (at 10 cents per day or less) has been shown in a large clinical study to cut the death rate from cancer in half and nobody tells the public about it.

Could it be that easy to cure cancer?