Current government recommendations for Vitamin D intake is 400 or 600 international units (IU) of vitamin D. However, researchers from the University of California, San Diego (UCSD) School of Medicine and Creighton University (CU) School of Medicine found that when higher doses of vitamin D were taken daily, the risks associated with developing several major diseases are reduced by about half. Cedric Garland, DrPH, professor of family and preventive medicine at the UCSD Moores Cancer Center, stated as follows:

The Vitamin D Council (www.vitamindcouncil.org) is a nonprofit organization that focuses on educating the public and health care sectors on the importance of vitamin D and its relation to human health.

Research conducted by doctors and scientists show that Vitamin D deficiencies are associated with:

Vitamin D deficiencies may occur if ...

Optimizing your vitamin D levels can help you to prevent the flu:as many as 16 different types of cancer, including:

Researchers found that vitamin D can cut your risk by as much as 60 percent!

Dr. William Grant, Ph.D. lead a study that found that about 30 percent of cancer deaths could be prevented each year with higher levels of vitamin D.

Colorectal & Breast Cancer: Cedric F. Garland, Dr.P.H., cancer prevention specialist at the Moores Cancer Center at the University of California, San Diego (UCSD) and colleagues estimate that 250,000 cases of colorectal cancer and 350,000 cases of breast cancer could be prevented worldwide by increasing intake of vitamin D, particularly in countries north of the equator.

According to Dr. Garland, vitamin D blood levels can predict colon cancer risk. He examined 25,620 blood samples collected in Maryland in 1974 for vitamin D content. Then he compared colon cancer rates over the next eight years. He concluded that those with high blood levels of vitamin D were 70 percent less likely to develop colon cancer.

Kidney Cancer: According to a study published in JAMA, a common kidney cancer may be thwarted by eating fatty cold-water fish at least once a week. Fatty fish, like salmon, herring, sardines and mackerel, is known for its high amounts of omega-3 polyunsaturated fatty acids and vitamin D content. The study specifically compared intake of fatty fish to lean fish, including cod and tuna, as well as other seafood, such as shrimp, lobster and crayfish, and examined the risk of Renal Cell Carcinoma (RCC) in the group of more than 61,000 Swedish women. The women were followed over a period of 15 years. Those who reported consistent long-term consumption of fatty fish had a statistically significant 74 percent lower risk of RCC. Lean fish, however, did not provide a benefit.

Prostate Cancer: Harvard researchers advise men to get more sun, supplements, and seafood. All are good sources of vitamin D, and a large, lengthy study suggests the vitamin reduces risk of prostate cancer. About 240,000 men in the United States alone will be told that they have the cancer this year, and around 30,000 of those with the disease will die from it. An 18-year Harvard investigation of 14,916 medical doctors found that 1,066 developed the cancer, and 496 of them suffered a deadly form of it. The researchers say that such tolls can be reduced with the help of vitamin D. Ref. http://www.news.harvard.edu/gazette/2007/03.22/01-vitaminD.html 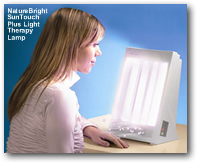 How to increase your vitamin D levels:

Vitamin D is available through diet, supplements and exposure of the skin to sunlight. The serum level recommended by the study would correspond to intake of 2000 International Units per day of vitamin D for a meaningful reduction in colorectal cancer.

The researchers recommend 2000 IU/day, plus, when weather allows, a few minutes in the sun with at least 40% of the skin exposed, for a meaningful reduction in breast cancer incidence, unless the individual has a history of skin cancer or a photosensitivity disease.

full-spectrum lighting is recommended if natural light is not available

Garland also recommends moderate sun exposure and use of clothing and a hat when in the sun longer than 15 minutes “The message is, depending on where you live, you may need to consider taking in considerably higher levels of vitamin D3 than those currently recommended,” said Garland. “I’d recommend discussing vitamin D needs with a health care professional, who may order and interpret a simple blood test for a vitamin D metabolite [25(OH)D], and provide a dosage recommendation that’s appropriate for the individual’s needs.”

Note: Excessive exposure to sunlight does not result in vitamin D3 intoxication.

*IUs = International Units.
**DV = Daily Value. DVs were developed by the U.S. Food and Drug Administration to help consumers compare the nutrient contents of products within the context of a total diet. The DV for vitamin D is 400 IU for adults and children age 4 and older. Food labels, however, are not required to list vitamin D content unless a food has been fortified with this nutrient. Foods providing 20% or more of the DV are considered to be high sources of a nutrient.

The U.S. Department of Agriculture's Nutrient Database Web site, http://www.nal.usda.gov/fnic/foodcomp/search/ [], lists the nutrient content of many foods; relatively few have been analyzed for vitamin D content.


Information contained on this website is provided as general reference only. For application to specific circumstances, professional advice should be sought.