All options, including non-surgical, should be considered very carefully.

The PSA Test - How Valuable a Tool is it?

"We need to recognize that PSA is no longer a marker for prostate cancer. We originally thought we were doing the right thing, but we're now figuring out how we went wrong."

Dr. Stanley changed his mind about the test because of the alarming number of FALSE positives. A false negative is when the patient DOES have cancer but the test fails to detect it.

It turns out that 70 to 75 % of men with elevated PSAs don't have cancer (a false positive). Yet, patients are still being asked to go through a horrendous (and likely unnecessary) prostate biopsy that has a high risk for serious infections and possibly side effects (see below).

In one study, researchers followed 9,459 men who had annual PSA tests. Of this group, 2,950 had test results showing very healthy prostates. But when these "healthy" men underwent biopsies, a whopping 15% tested positive for cancer! Many had high-grade cancer; and the PSA test missed it in all of them.

The incidence of false negative may be even higher.

Bottom line: You shouldn't rely on PSA alone whether or not you have cancer. Discuss with your doctor other or additional diagnostic tools.

Prostate biopsies are taken by random needle jabs into the gland. No matter how many sticks are made, there's no way to know if cancer lurks outside the needle tract.

Although biopsies are thought to be safe, they could actually help spread more cancer! Even mainstream medicine is beginning to realize that needle pricks from biopsies can actually release cancer cells into your bloodstream.

Prostate cancer tends to be slow growing and most patients die of other causes; but once the cancer has been released into the blood, it can be extremely violent and difficult to treat.

Prostate cancer is the most common cancer in men. Prostate cancer kills more men than any other kind except for lung cancer. Each year, 680,000 men worldwide are diagnosed with the disease and about 220,000 will die from it.

The good news is that most prostate cancer tumors grow so slowly that they never threaten the lives of the patient. Natural causes will kill those men long before the tumors do. Traditional treatment methods are invasive and debilitating that they may impact the quality of life, potentially causing everything from chronic incontinence to permanent impotency.

A new study has found that men whose prostate cancer is treated with hormone deprivation therapy (known as Androgen Depletion Therapy) could experience memory loss and difficulty in concentrating.

According to Memorial Sloan-Kettering Cancer Center's Christian J. Nelson, a lead author of the study, patients "may find it more difficult to hold several pieces of information in their mind at one time." The study found that between 47 and 69 percent of patients treated with androgen depletion therapy experienced some decline in mental capacity. However, Nelson states that "treating the disease is much more important than these subtle cognitive effects."

According to Dr. Durado Brooks of the American Cancer Society, mental confusion isn't the only downside of androgen depletion therapy. Other known effects include fatigue, hot flashes, and anemia. He also said that recent studies have revealed that this treatment can cause an increased risk of fracture and other conditions; and that cardiovascular death rates may be higher among men undergoing this therapy. Many men are being treated with androgen depletion therapies at the outset of the disease, in early and localized stages, even though research has shown that it doesn't help them live any longer. Dr. Brooks advised that "Men need to decide whether the potential benefit outweighs the harm of the therapy for them."

In a study of over 9,000 men who opted to put off treatment for prostate cancer (or skip it entirely), only 10 percent of them had died of the cancer 10 years later. In fact, most of the men were living with the disease without significantly worse symptoms. Even the 30 percent of the men who chose to eventually undergo treatment were able to put it off for an average of 11 years.

The Value of Nutrition on Prostate Health:


A new US study suggests that flaxseed, which is rich in omega3 fatty acids and lignans, can stop prostate cancer tumors from growing. The study was presented at the 43rd annual meeting of the American Society of Clinical Oncology (ASCO) in Chicago on Saturday by researchers from Duke University Medical Center, Durham, North Carolina.

The researchers think that flaxseed, which has similar properties to sesame seed, probably interrupts the chain of events that eventually makes cells multiply out of control and become a tumor.

Dr. Wendy Demark-Wahnefried, a researcher in Duke's School of Nursing and lead investigator on the study said that:

"Our previous studies in animals and in humans had shown a correlation between flaxseed supplementation and slowed tumor growth, but the participants in those studies had taken flaxseed in conjunction with a low-fat diet."

However, she explained that: "For this study, we demonstrated that it is flaxseed that primarily offers the protective benefit."

Demark-Wahnefried and colleagues recruited 161 men who were due to have surgery for prostate cancer (prostatectomy: where all or part of the prostate gland is removed). The patients were randomly assigned to one of four groups. One group took 30 grams of flaxseed a day for an average of 30 days before they had the operation (the flaxseed only group). Another group did the same but also followed a low-fat diet (20 per cent or less of their calories from fat). A third group did not take the flaxseed and only followed a low-fat diet, while the fourth group, a control, had none of the interventions.

After the surgery, the researchers examined the tumour cells under a microscope to assess how quickly they had multiplied. 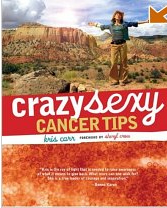 They then compared the men who had only flaxseed, with or without following a low-fat diet, with the men in the other two groups: no intervention and low-fat diet only. They found that the slowest rate of tumour growth occurred in the two flaxseed supplemented groups.

Demark-Wahnefried said: "The results showed that the men who took just flaxseed as well as those who took flaxseed combined with a low-fat diet did the best, indicating that it is the flaxseed which is making the difference."

The flaxseed supplement was given in ground form because in the whole form the seed coat is hard and indigestible . The patients took the flaxseed either in drinks, sprinkled on food, or with yogurt.

Demark-Wahnefried said that they were "excited that this study showed that flaxseed is safe and associated with a protective effect on prostate cancer". In next phase of their research the team hopes to study the preventative properties of flaxseed, and its effect on patients with recurrent prostate tumours. As well as being antiangiogenic, the lignans in flaxseed, one of the richest sources of these fibre-related compounds, are thought to interfere with or prevent cell division and affect hormones. They are antimitotic, affect androgen metabolism and have estrogenic effects, said Demark-Wahnefried. Flaxseed is also the richest known source of plant-based omega-3 fatty acids which affect the production of cell membranes, the levels of natural killer cells and circulating levels of protein kinase C and tyrosine kinases, which profoundly affect cell activity.

According to the American Cancer Society, one in six American men gets prostate cancer. This year it is estimated that over 200,000 will be diagnosed with the disease and 27,000 will die from it.

The Story Of Vitamin B17 - Could it be that easy to cure cancer?