The Many Benefits and Uses of Hydrogen Peroxide: General Information, Related Research

The Many Benefits of Hydrogen Peroxide

The following information is for educational purposes and is not meant to treat or prescribe. GreenAndHealthy.Info is sharing what others have told us has worked for them as they pursue health for themselves, their pets and their plants.. 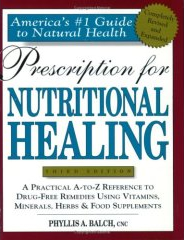 Your body makes hydrogen peroxide to fight infection which must be present for our immune system to function correctly. White blood cells are known as Leukocytes. A sub-class of Leukocytes called Neutrophils produce hydrogen peroxide as the first line of defense against toxins, parasites, bacteria, viruses and yeast.

Hydrogen Peroxide (H2O2): Dr. Mercola suggests an unusual, yet effective, trick to beat upper respiratory infections - and that is hydrogen peroxide. He states that many patients have had amazing results curing colds and flu within 12 - 14 hours by administering a few drops of 3 percent hydrogen peroxide into each ear. According to him, one should expect to hear some bubbling and possibly feel a slight stinging sensation. He instructs to wait until the bubbling and stinging subside (typically within 5 to 10 minutes), then drain onto a tissue and repeat with the other ear. More about the Flu

Use about 2 quarts 3% hydrogen peroxide to a tub of warm water. Soak at least 1/2 hour, adding hot water as needed to maintain a comfortable water temperature.

To cure a foot fungus, simply spray a 50/50 mixture of hydrogen peroxide and water on them (especially the toes) every night and let dry.

Add 2 capfuls of 3% hydrogen peroxide in warm distilled water once to twice a week to remove even chronic yeast infections.

Soak any infections or cuts in 3% for five to ten minutes several times a day. Even gangrene that would not heal with any medicine has been healed by soaking in hydrogen peroxide. Put half a bottle of hydrogen peroxide in your bath to help rid boils, fungus or other skin infections.

Patients infected by tiny mites report that hydrogen peroxide effectively kills the mites on their skins. They spray it on their skin a couple of times (with a few minutes in between the applications) with amazing results.

A tablespoon of 3% hydrogen peroxide added to 1 cup of non-chlorinated water can be used as a nasal spray. Depending on the degree of sinus involvement, one will have to adjust the amount of peroxide used.

Some sources recommend soaking infections or cuts for five to ten minutes several times a day. However, washing and rinsing action is sufficient. You shouldn't leave the solution on open tissue for extended periods of time as, like many oxidative antiseptics, hydrogen perioxide causes mild damage to tissue in open wounds. Therefore it is important to use with caution.

Following is a homemade formula for getting rid of the resulting awful smell after an unfortunate encounter with a skunk -- this formula has been used with success by others:

Note: If you have silver amalgam dental fillings, hydrogen peroxide may react with the mercury in these fillings potentially resulting in harmful fumes.

Healing Properties: Take one capful (the little white cap that comes with the bottle) and hold in your mouth for 10 minutes daily, then spit it out. You will not have canker sores and your teeth will be whiter. If you have a terrible toothache and cannot get to a dentist right away, put a capful of 3% hydrogen peroxide into your mouth and hold it for 10 minutes several times a day. The pain will lessen greatly.

Mouthwash: Many people don't realize that hydrogen peroxide makes a very effective and inexpensive mouthwash. Use 3% H202 - add a dash of liquid chlorophyll for flavoring if desired.

Toothbrush: Soaking your toothbrush in hydrogen peroxide will help keep them free of harmful germs.

Tooth Ache: Hydrogen peroxide is not a pain killer; however, as an anti-viral, antibacterial and anti-fungal agent, it is effective at treating the pathogen that is causing the infection. The following is from my own personal experience: My dentist wanted to give me a root canal some time ago as she said one tooth was inflamed and, in her opinion, would die. I rinsed with hydrogen peroxide (several times a day) as well as coconut oil (once a day). The discomfort went away and I have had no further problems with the tooth.

Tooth Whitening: Having used 3% Hydrogen Peroxide as a mouth wash for sometime ago, I am thrilled to note that my teeth have been beautifully and effortlessly whitened. I used to pay so much for professional whitening, those silly strips and uncomfortable trays. Live and learn.

NOTE: Do not swallow any peroxide. When the peroxide rinse is done, be sure to rinse out your mouth with tap water.

Keep a spray bottle of 3% hydrogen peroxide in the shower. Spray your body after washing avoiding the eyes, eyebrows and hair.

Use 3% on a cotton ball as a facial freshener after washing. Keep away from eyebrows.

Peroxide is a bleaching agent and is used for lightened hair. Dilute 3% hydrogen peroxide with water (50 / 50) and spray the solution on your wet hair after a shower and comb it through. You will not have the peroxide burnt blonde hair like the hair dye packages, but more natural highlights if your hair is a light brown, faddish, or dirty blonde. It also lightens gradually so it's not a drastic change.

Hydrogen peroxide is used as a disinfectant in CIBA Vision's Clear Care no rub contact lens cleaning solution, due to its ability to break down the proteins that build up on the lense from the eye's immune response, resulting in increased comfort for those with sensitive eyes.

Clean with hydrogen peroxide when your house becomes a biohazard after its invaded by toxic mold, such as those with water damage.

Use 1 pint 3% hydrogen peroxide to 1 gallon of water.

3% Hydrogen Peroxide is the best stain lifter if used fairly soon - although blood stains as old as 2 days have been successfully lifted with Hydrogen Peroxide. Although it will bleach or discolor many fabrics. If a little peroxide is poured onto the stain it will bubble up in the area of the blood, due to a reaction with catalase. After a few minutes the excess liquid can be wiped up with a cloth or paper towel and the stain will be gone.

3% H2O2 must be applied to clothing before blood stains can be accidentally "set" with heated water. Cold water and soap are then used to remove the peroxide treated blood.

You can also add a cup of hydrogen peroxide instead of bleach to a load of whites in your laundry to whiten them. If there is blood on clothing, pour directly on the soiled spot. Let it sit for a minute, then rub it and rinse with cold water. Repeat if necessary.

Peroxide is a perfect alternate solution to keep those clothes white. Also, when chlorinating clothes, they tend to wear out faster - peroxide won't do that.

If time is a problem, spray vegetables (and fruits) with a solution of 3%. Let stand for a few minutes, rinse and dry.

You can also use it to rinse off your meat before cooking.

Spray with a solution of 1/2 cup water and 1 Tbsp. 5%. Drain, cover and refrigerate.

Place meat, fish or poultry in a casserole (avoid using aluminum pans). Cover with a dilute solution of equal parts of water and 3% H202. Place loosely covered in refrigerator for 1/2 hour. Rinse and cook.

Mix 8 ounces black strap molasses or white sugar, and 8 ounces 3% hydrogen peroxide in 1 gallon of water.ugh, as you are supposed to avoid direct contact with it. Discuss with your doctor.

Put 1 oz 3% hydrogen peroxide in 1 quart of water. Water or mist plants with this solution. 8. Use it on trees and plants as a natural fungicide, insecticide, and as a weed killer. Some gardeners advocate the use of hydrogen peroxide in watering solutions as they claim that its spontaneous decomposition releases oxygen that enhances a plant's root development and helps to treat root rot (cellular root death due to lack of oxygen).

Vinegar Fungicide: Mix 3 tablespoons of natural apple cider vinegar in one gallon of water. Spray during the cool part of the day. Adding 1 tablespoon of molasses per gallon will increase effectiveness.

Laboratory tests conducted by fish culturists in recent years have demonstrated that common household hydrogen peroxide can be used safely to provide oxygen for small fish. Hydrogen peroxide releases oxygen by decomposition when it is exposed to catalysts such as manganese dioxide. In one test, 25 fry (2 cm long) were put into each of two one-quart bottles of water. Then, during a three-day period, 12 drops of hydrogen-peroxide were added to one bottle, and none to the other. The result: 100 % of the treated fry survived and 100 % of the untreated fry perished. (Ref.: http://www.fws.gov and http://www.great-lakes.org) ... The Food and Drug Administration (FDA) has classified hydrogen peroxide as a Low Regulatory Priority (LRP) drug for use in controlling fungus on fish and fish eggs.