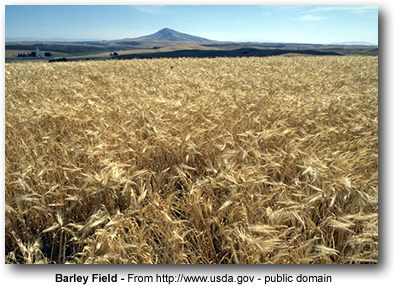 Note: Barley contains gluten and must be avoided if you are either a celiac patient or allergic to barley. However, if you are allergic to wheat, you may still be able to eat barley.

Most people would be surprised to find out that the number-one cause of premature aging and disease in the Western world is the over-consumption of food. This is true not only because too much food can make us fat, but also because everything we eat must be processed by our bodies, which requires an expenditure of energy. Because the body has to be continually processing calories, we suffer much wear and tear. Within each cell of the human body, vitamins, minerals, antioxidants, healthful fats, and other important nutrients are the important parts that create energy and repair the wear and tear that our body is continually fighting.

The modern diet is extremely abundant calories, but yet extremely light on these healing, renewing substances. A diet that is calorie-dense yet nutrient-poor has a serious effect on the state of our health, causing us to be overfed and malnourished.

Have you had your barley today?

More information on barley grass and other super food supplements can be found at VitaNet, LLC Health Foods. http://vitanetonline.com/