At the present time, one out of ten adults have some form of Alzheimer disease.

According to Dr. Greengard, Director of the Fisher Center for Alzheimer's Research at the Rockefeller University, that number is expected to strike up to three times as many in the coming decades. Alzheimer's is considered a disease of the elderly and with the average lifespan of the US population rising to 74, a solution to the medical problem is being sought.

For Scientists the largest concern is what causes Alzheimer's and how can it be eradicated. For possible victims and their families it is how do we prevent the dreaded affliction or stop it in its tracks once it is diagnosed.

Scientists are in agreement and have narrowed down the contributing factor causing Alzheimer's disease. Most researchers agree that Beta-amyloid is one of the agents thought to cause damage to the brain in Alzheimer's disease. The research is attempting to find a deterrent and is recognizing antioxidants to be significant in protecting at risk patients.

According to the Harvard Medical Center, continuing research and studies are being conducted with some positive results. Even though some studies by the French point to wine as a protectant, the results are considerably controversial. The component in the wine that was indicated to be responsible for the protectant agent is still somewhat ambiguous.

Recent studies, including the study on wine, point to antioxidants for Alzheimer and Dementia risk reduction.

In an Italian study conducted by A. Russo, et.al., it was found that black grape skin extract protected cells in a test tube from oxidative damage and DNA fragmentation when exposed to beta-amyloid. An even more recent study by E. Savaskan, et.al, examined the red wine ingredient resveratrol, and found it to be neuroprotective against beta-amyloid oxidative stress, again supporting an antioxidant mechanism. 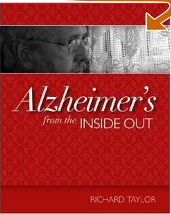 In another study by Robert P. Friedland, MD chief of the neurogeriatrics laboratory at Case Western Reserve University School of Medicine, "If antioxidants prove to protect against Alzheimer's disease, it is probably because they reduce what is called 'oxidative stress' in cells." He went on to say that his team believes free radicals are the culprit of oxidative stress in cells caused by the inappropriate consumption of some foods such as those in high fat content. In this study Friedland is recommending a "to-do" list for those who want to improve their chances of maintaining a healthy brain.

When addressing the reduction of free radicals it is essential to recognize the importance of Oligomeric Proanthocyanidins (OPC's) as the most powerful antioxidant known in scientific studies. OPC's are products commonly derived from a combination of grape seed extract, red wine extract and/or pine bark extract. They are very powerful bioflavanoids used as a natural food supplement ready to be absorbed into the body and begin to attack the free radicals.

OPC's are safe and have been used for over 20 years throughout Europe. Extensive studies and laboratory testing reveal no evidence for human toxicity, allergic reactions, birth defects, or carcinogenicity. OPC's work synergistically with other antioxidant vitamins, regenerating the antioxidant properties of vitamin C and vitamin E.

However, Bill Thies, PhD, vice president of medical and scientific affairs for the Alzheimer's Association says although Friedmand's recommendations are probably useful and that he agrees with all of them, he wants to "be very clear that the association is not making any recommendations about ways to prevent Alzheimer's. Thies is, however, involved in reading and learning about all studies concerning Alzheimer's Disease.

A study conducted in Rotterdam, Netherlands, Dr. Monique Breteler with the Eras UM Medical Center, found the antioxidants beta-carotene, vitamin C, and vitamin E appear to be equally protective as a reducing factor in the fight against Alzheimer's. Her results of the 5,000 volunteers over the past 14 years, confirmed some earlier studies that point to antioxidants as a way to lower risk of dementia. She also said the protective effect of antioxidants was "more pronounced among smokers and among those who are carriers of the Alzheimer's gene."

It was also pointed out that diets rich in antioxidants are helpful, but in order to consume the necessary requirements, a person would have to triple, or more, their current consumption, which Breteler says, is most unlikely. Recommendations for proper amounts of ingestion are through antioxidant supplements including OPC's, vitamin E and vitamin C.