An estimated 1.5 million Americans are suffering from Parkinson's Disease.

Cause of Parkinson's Disease:

Parkinson's is caused by the loss of brain cells that produce a chemical messenger called dopamine.

Patients experience trembling n the hands, arms, legs, jaw and face. Their limbs and trunk become stiff. They move slowly and lose balance and coordination. As the disease progresses, they have difficulty walking, talking or performing simple tasks.

Nutritional Support (to be discussed with your doctor):

Coenzyme Q10 (Co-Q10) activates specific enzymes in the cells, the mitochondria, to produce adenosine triphosphate (ATP), the cell's primary energy source. Its antioxidant properties help neutralize the free radicals that get created during ATP production. Scientists from the University of California, San Diego, School of Medicine, demonstrated that Parkinson's patients had lower levels of Co-Q10 than healthy controls, possibly indicating diminished ATP production in the patients' brains. The research also showed that Co-Q10 supplements actually slowed the functional decline of early-stage Parkinson's. (Recommended dosages are usually between 30 mg to 200 mg per day - discuss with your doctor).

N-acetyl-L-cysteine (NAC) is the precursor of glutathione, a significant antioxidant and a key detoxifying agent in the liver. Research suggests that NAC levels may drop with age, which could lead to oxidative stress within brain cells, a conspicuous suspect in neurodegenerative disorders, such as Alzheimer's and Parkinson's. (250 mg to 750 mg daily may be recommended by health practitioners). 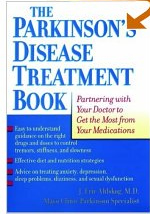 Green Tea: According to a study published in The American Journal of Epidemiology, drinking ¾ of a cup of black tea 23 times a month may decrease the risk of developing Parkinson's disease by 71 percent. This finding comes from Singapore, where researchers studied over 60,000 Chinese men and women. The key difference between black and green tea lies in the types and amounts of flavonoids," says Dr. Ann Walker of England's Tea Advisory Panel, noting that black tea has more complex varieties of flavonoids called "thearubigins and theaflavins."

Caffeine: Researcher Alberto Ascherio of the Harvard School of Public Health in Boston states as follows: "There is fairly convincing evidence that people who drink coffee or consume caffeine regularly have a lower risk of developing Parkinson's disease. "When researchers exposed mice to a chemical that causes a loss of dopaminergic neurons in a pattern similar to that observed in Parkinson's disease, those that had first been given caffeine equivalent to moderate amounts of coffee in humans lost fewer neurons than those not given caffeine," explains Ascherio.

Caffeine also seems to protect human brain cells. In a meta-analysis that pooled 13 studies, drinkers of regular coffee - but not decaf - had a 30 percent lower risk of Parkinson's disease than non-drinkers. (Ref. Ann. Neurol. 52: 276, 2002). "Even a modest amount - the equivalent of between one and two cups of coffee per day - is associated with a lower risk," notes Ascherio.