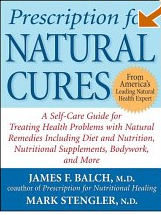 Raw unpasteurized honey from the health food store (not processed or pasteurized from the supermarket) is one of the oldest and most reliable healing foods - specifically Manuka Honey is highly recommended for its healing properties. It's a superfood that provides antioxidants, minerals, vitamins, amino acids, enzymes, carbohydrates, and phytonutrients. It fights bacteria, builds the immune system, and provides energy.

May Berenbaum, Ph.D., a University of Illinois entomologist, shares that "Honey has been used for centuries to treat a wide range of medical problems like wounds, burns, cataracts, skin ulcers and scrapes," Various researchers worldwide are finding strong antimicrobial properties in some honeys.

Raw honey is used by many cultures as a remedy for ulcers, digestion, bronchitis, and as an energizer, as well as many other answers to health problems.

One reports published in the 1998 issue of the journal Burns, tells how researchers from the Dr. V. M. Medical College in Maharashtra, India, compared honey with silver sulfadiazine, the standard treatment for superficial burns.

Up until World War II, honey was used commonly to treat skin wounds. With the introduction of antibiotics in the 1940s, honey was taken out of the medicine cabinets and returned to the kitchen. Some doctors are starting to use honey when modern medicines have been tried - and failed - to cure skin wounds. Honey contains three ingredients that make it ideal for treating wounds.

An ancient Egyptian folk remedy involves the use of unprocessed pure honey to heal cataracts. The instructions were to put a few drops of raw honey in the eyes. Apparently, this remedy has helped many patients.

According to May Berenbaum, Ph.D., a University of Illinois entomologist. "Honey has been used for centuries to treat a wide range of medical problems like wounds, burns, cataracts, skin ulcers and scrapes."

"Angie": "I've been applying honey (raw, organic wildflower) directly to the eye with the cataract for about 5 days now, before bed. I did this after reading a testimonial that it healed a gentleman's cataract in 3 days. It does sting for a few seconds, which is what I read would happen. And the morning after I woke up to clearer vision in that eye! And my eye seemed to have regained its sensitivity to the air. That night, I was also able to write an email without wearing my glasses! I'm also finding the eye with the cataract is seeing better with less strain to focus. Since then there haven't been any more dramatic changes, but I feel like things are slower getting better. My eye feels like it focuses better and it feels more moisturized. I'm really willing to continue the treatment because of the results thus far. The first night I was apprehensive about sticking honey in my eye. I was terrified I would end up blind, but that first morning was incredible! I hope I have more to update, soon. And that this report has helped others looking for natural healing." Source: http://www.thriftyfun.com/tf14854261.tip.html

Dusty: " I have a 7 1/2 year old miniature poodle who had dry eye at the age of 3. He was put on medication which caused him to have cataracts. He is almost completely blind but still a happy loving dog. I was given a clipping written by a veterenarian about 20 years ago. He said "putting a drop of Eucalyptus honey in each eye would help the cataracts". I went online a few months ago to look up information and found two articles written by veterenarian's saying the same thing. Up until that time his eyes ran even with the medicine the animal opthamalogist put him on. I decided to try the honey and his eyes cleared up. No longer itching and running. I still use the medicine but the first thing in the morning I wash his eyes and then put the honey in. About 5 minutes later I put his medicine in. It may be an "old wives tale" but it has given him so much relief that it is unreal. I did mention it to the Vet but she said a big "NO, you can't do that". However I felt I had nothing to lose as he is not a canditate for surgery due to his dry eyes either. I bought the Eucalyptus honey and whenever people see him they say his eyes look so much better. I just wonder if anyone has ever heard of this. Sometimes Homeopathic things do work. He is a very happy and well adjusted little dog." Source: http://rawunfilteredhoney.freeforums.org/eucalyptus-honey-for-cataracts-for-dogs-t4.html

Formerly, stress, fatty foods and smoking were blamed by scientists for causing ulcers. (For tips to stop smoking, please click here.) Now research indicates that the real culprit may be bacterial infection. Since antibiotics are typically prescribed for relief - and resistance to them can mean several rounds of drugs to completely destroy the ulcer-causing bacteria - new research favors a sweeter solution: Manuka Honey.